One of the words that came up this week in the French conversation group I’m part of was château gonflable or inflatable/bouncy castle. 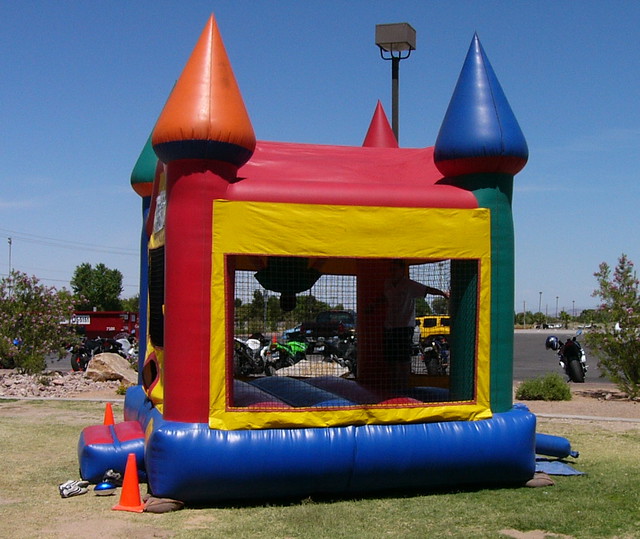 The word gonflable means inflatable, and comes from gonfler (to blow up, inflate, pump up, swell, rise, bore), from the Latin cōnflāre, from cōnflō (I kindle (a fire); I forge, fuse, melt (metal); I refine / purify; I inflame (passions)), from con- (with) & flō (breathe, blow) [source].

From the same root we get the English word conflate (to mix together different elements; to fail to distinguish separate things).

Other expressions featuring gonflable include:

I call such things bouncy castles, but they have other names, such as inflatable castles, bouncing castle, bouncy houses, bounce houses, jumping castle, moon bounces, moonwalks or jumpers.

What do you call them?