Yesterday was the first full day of the Polyglot Gathering, and it went well. I went to some interesting talks and workshops, met lots of people, caught up with old friends, and spoke many languages.

Quite a few people came to my workshop on Scottish Gaelic songs, and they seemed to enjoy it. I chose relatively simple songs with choruses that people could sing, even if they couldn’t manage the verses. There were even a few people there who speak Gaelic, or who are learning it.

In the evening there was some polyglot karaoke, which was fun, and some people who took part were quite good singers. 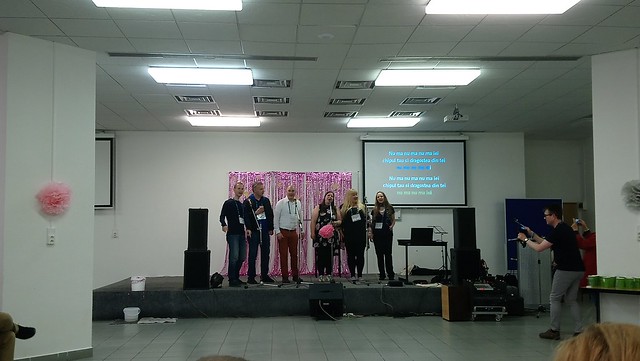 Today was similar with some interesting talks and workshops. Fortunately the sun came out after several days of almost non-stop rain. The Scottish and Welsh dance workshop I ran with a Scottish friend went well. Not many people came, but enough for the dances we did, and there wouldn’t have been space for many more. 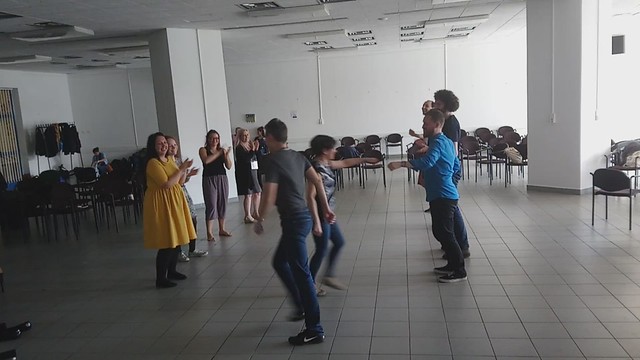 There was a spontaneous juggling workshop this evening involving me and a juggler from Montreal. We learnt from each other, and tried to teach a few others to juggle. As we’re polyglots, we did this in English, French and German.