In this episode we’re rounding up some words for mutton, sheep and related things. 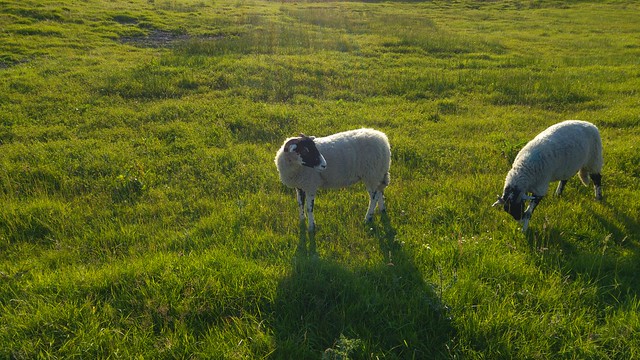 In Proto-Celtic, the word *moltos meant a ram or wether (castrated ram). It possibly comes from the Proto-Indo-European word *(h₂)moldus (crooked) [source].

Descendents in the modern Celtic languages include:

The Proto-Celtic word *moltos became *multon (sheep) in Gaulish, which was borrowed into Vulgar Latin as moltō (wether), which became mouton (sheep, mutton) in French, and was borrowed into English as mutton (sheep/goat meat). The Galician word motóa (sheep) comes from the same Proto-Celtic root, as does the Italian word montone (ram, mutton) and the Maltese word muntun (ram) [source].

More details of sheep-related words in Celtic languages can be found on the Celtiadur, a blog where I explore connections between Celtic languages in more depth. I also write about words, etymology and other language-related topics on the Omniglot Blog.