Numerals in many different writing systems

See this page as text

The numerals referred to here as 'Arabic' and 'Urdu' are those used when writing those languages. The Urdu numerals are also known as 'East Arab' numerals and differ slightly from those used in Arabic. In Arabic they are known as "Indian numbers" (أرقام هندية arqa-m hindiyyah).

Books about numbers and numerals

Number Systems of the World
http://www.sf.airnet.ne.jp/~ts/language/number.html

Numbers from 1 to 10 in over 5000 Languages
http://www.zompist.com/numbers.shtml

Numerals and counting in Chinese
http://en.wikipedia.org/wiki/Chinese_numerals 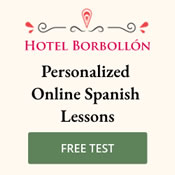