The Women's script appears in Brandon Sanderson's series of fantasy novels, The Stormlight Archive. Within the novels the script is used exclusively by women in the Vorin nations, where writing is considered a feminine persuit. Men in these nations use a more complex script known as Glyphs. 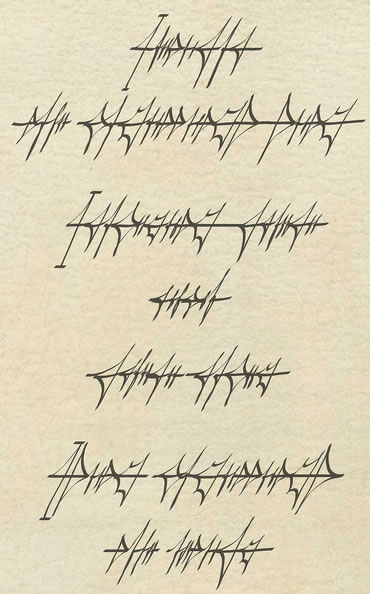