Dragon Runes are the creation of Lance Alan Dyas who also created a language known as Dragon Tongue. The Runes and the language are used in a roleplaying game.

Dragon Tongue is rumored to be the oldest of all languages or the one true language from which all others descend, but this is in all likelihood merely poetic license. Dragons rarely speak but when they do they use this language. It is used by many mages who consider it a universal language of magic.

The language specifies the part of speech for a given root meaning, entirely by use of a suffix. The dragon language often combines multiple basic word meanings to form new words. Hence the word for spider might literally translate as many legged weaver. Dragons can take a long time to say things but when one is virtually immortal it is more important to be perfectly understood than concise. 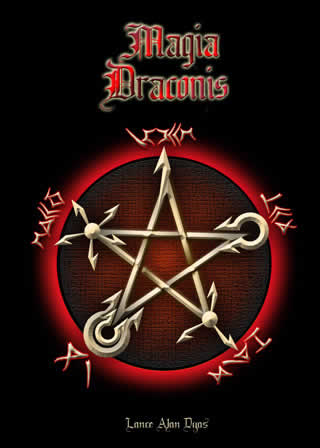