The Argpal alphabet was invented by JP Mallaroni to write his conlang, Silarg. It can also be used to write French, English and various other languages. Argpal means literally "the Door of the Citadel". Silarg is based on numerous languages, including Coptic, Latin, Greek, and is described as "Une langue artificielle pour le monde gay / A language for the gay world" 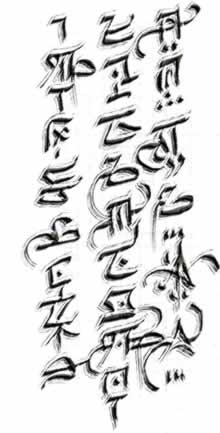 A true hero is he who sacrifices his life for others while knowing nobody will never know anything about it.

Further details of the Argpal alphabet and the Silarg language can be found at: http://www.argor.org