The other day a friend sent me a message (in Welsh) saying we were going to meet at ‘handi 2’. I didn’t know what he meant by handi, and guessed that he meant around 2 o’clock, which would be 2/dau o’r gloch in Welsh.

I later discovered that handi is an abbreviation for hanner awr wedi (half past) which is used in colloquial spoken Welsh, apparently, though not usually in written Welsh. Other possible abbreviations of hanner awr wedi include hanner wedi, hanner awr ‘di or hanner ‘di. I’m not sure if the second two are actually used though. 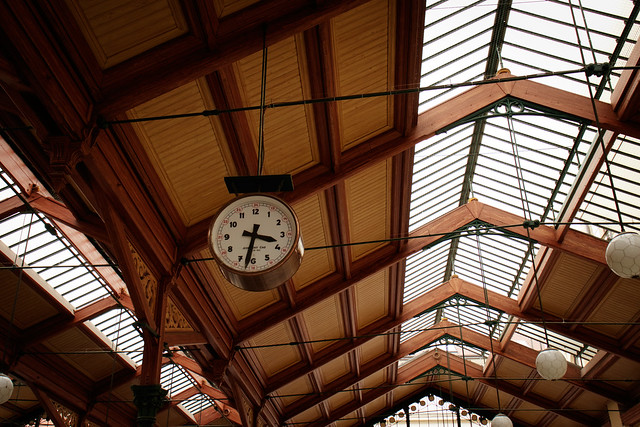 We did meet in the end, by the way, and had a lovely afternoon playing tunes, singing songs, and chatting in Welsh in my friend’s garden. Some of the songs were in Welsh, some in English, and there were also songs in Ancient Greek and Swabian. 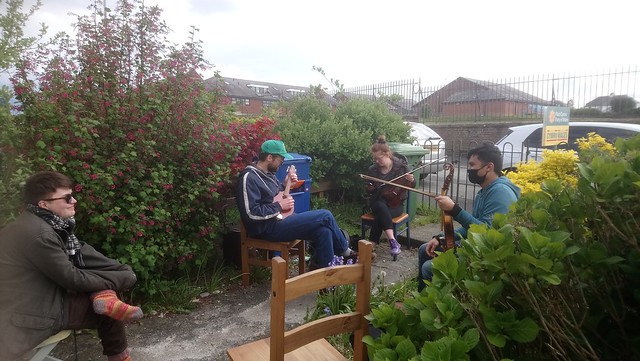 In colloquial spoken Welsh, many words and expressions are abbreviated, some times so much that they become difficult to recognise. One well-known example the phrase “I don’t know”:

Hear these phrases (made with ttsmp3.com).

You can do the something similar in English: I do not know can be I don’t know, I dunno or just Dunno. Do you have other ways to say this?