During the classical revival, which started in the 18th century, the letter forms of the Classical Latin alphabet, were reintroduced to the languages of Europe by humanists.

Hear the pronunciation of Classical Latin 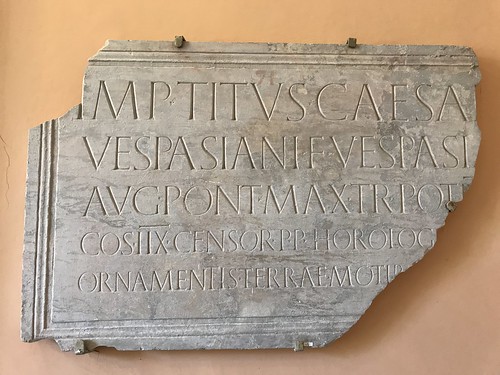 A fragment of an inscription about an order by the Emperor Vespasian to repair a clock which had been destroyed in the earthquake of 79 A.D. From the Correale Museum (Museo Correale di Terranova).

Other versions of the Latin alphabet