In some places tonight is the night when children dress up in strange costumes and terrorize their neighbourhoods by demanding ‘treats’ and threatening ‘tricks’ if those ‘treats’ are not forthcoming. Or in other words, Halloween.

Although we in the UK tend to think of as an American import, the tradition of people dressing up and going from house to house and asking for food dates back to at least the 16th century in Ireland, Scotland and some other parts of the UK. It was known as mumming, guising or souling. People would sing a song or do some kind of trick, and receive a cake or other food in return [source].

Dutch equivalents of trick or treat are snoep of je leven (sweets or your life) or snoep of ik schiet (candy or I shoot), which sound rather more sinister than trick or treat [source]. Is this a common tradition in Dutch-speaking lands?

Is trick and treating, or something similar practised elsewhere? If so what’s it called. 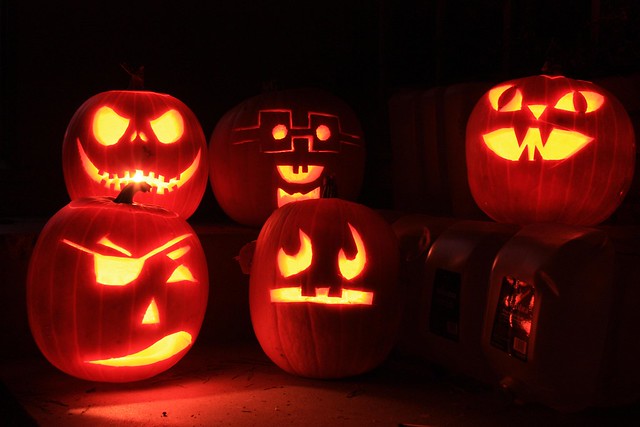 4 thoughts on “Trick or Snoep”