Speech Errors and What They Reveal About Language 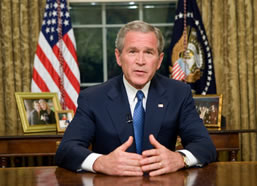 “They misunderestimated me,” George W. Bush notoriously proclaimed in a 2000 speech about his surprise victory over rival John McCain. This represented just one of many speech errors that George W. Bush would make in his career as president, but it highlights an important point: nobody speaks perfectly, even high-profile politicians who are well-versed in public speaking and have presumably rehearsed their speeches extensively.

By far the most well-known speech errors are Freudian slips, in which the speaker unintentionally reveals his true feelings, breaking his facade of politeness and resulting in an all-around embarrassing situation. For example, a father, upon meeting his son-in-law, might accidentally utter “Mad to meet you” instead of “Glad to meet you”. Indeed, Freudian slips are entertaining, but they represent only a small sliver of actual speech mistakes that people make.

At face value, real-life speech errors may be less entertaining than Freudian slips. However, the insights they give us regarding our mental lexicon and cognitive underpinnings of language are anything but commonplace. Let’s review some of the most common speech errors, and pick them apart to see what they reveal about how we understand and process language.

Some speech errors are phonological, or relating to the sounds of a language. Though there are a myriad of ways in which people can pronounce words wrong, we will look at two very common phonological errors: anticipation and perseveration. Perseveration occurs when a sound from a previous word sneaks its way onto a later word. Here are some examples of perseveration:

Anticipation is the opposite of perseveration: it occurs when a speaker mistakenly uses a sound from a word that is coming later in the utterance. Some examples:

It’s easy to intuit what is going on with perseveration errors: our tongues, faced with the daunting task of producing many different sounds in very little time, simply got confused, and produced the sound from a previous word. However, anticipation errors -- in which we incorrectly use the sound from a word that hasn’t yet been uttered -- suggest that there is something else going on.

Indeed, linguists have taken the existence of anticipation errors to suggest that our brains plan out all of our utterances, even when we are speaking spontaneously. That is, even before we start speaking, the entire sentence is available on some basic level in our brains. For that reason, words that have not yet been spoken can contaminate our speech and produce anticipation errors. 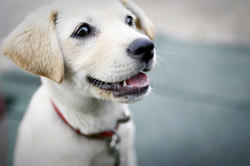 Another common type of error occurs when speakers substitute an entire word for a different word that is distinct from the intended one. Here are some examples:

This suggests that words are structured in our brains with respect to both syntax -- what part of speech the word us -- and semantics -- what words mean. For this reason, substitution errors almost always occur among words that are syntactically and semantically similar.

Non-native speakers occasionally substitute words from their first language into their second language. For example, a native English speaker who is learning Spanish might say, “That es importante”, using the English word “that” instead of the Spanish equivalent “eso”. However, these substitutions were not random. They occurred mostly in function words -- that is, words like articles (“the”, “a”) and prepositions (“with”, “to”), which are grammatically necessary but do not offer any meaning on their own.

Therefore, using the above example, the English speaker would be more likely to say “You quiero a hamburguesa”, given that “a” is a function word. These errors suggest that function words are more deeply hard-wired into our brains than other words. It could also explain why topics involving function words -- such as proper use of articles, conjunctions, and prepositions -- often present a special challenge to language learners.

Ultimately, there’s a lot more to speech errors than Freudian slips. Indeed, slips of the tongue may not be quite as revealing of our inner desires as Freud might have thought, but they remain interesting in their own right. They demonstrate to us that we construct plans for our utterances, even in spontaneous speech when we’re not conscious of it. They show us that our brains categorize words based on their syntactic and semantic attributes. And they demonstrate to us that certain classes of words are more ingrained in our brains than others, which offers insight into second language learning and processing.

Paul writes on behalf of Language Trainers, a language tutoring service offering personalized course packages to individuals and groups. Check out their free foreign language listening tests and other resources on their website. Visit their Facebook page or contact paul@languagetrainers.com with any questions.