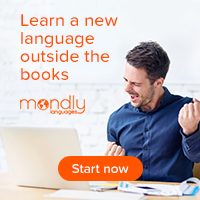 Spanish is the Language of Happiness 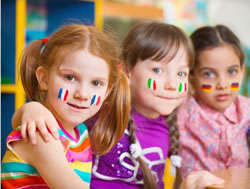 There are many ways to define happiness, but the Spanish express their happiness through their language. It seems that Spanish people last year sent more love messages through Viber than people in France, Japan or Italy.

It’s not just the Spanish users of Viber, the messaging app, who are amorously inclined. It has also been discovered that Spanish is a positive language in its own right. Dr. Peter Dodds, who works for Vermont University in the U.S., has conducted a study in which he constructed a database containing at least a billion words from ten of the most common languages.

The sources he used to gather the information came from various places, including social media sites like Twitter, subtitles found in films and television broadcasts and song lyrics. He also used the New York Times, which has been translated into many common languages, 10 of which include Spanish, English, Chinese, Indonesian, French, Arabic, Portuguese, Russian, Korean and German.

In another independent study, a group of researchers studied more than 100,000 words from these 10 languages. They found that Spanish come out the most positive, while Chinese was the least positive.

50 native speakers were hired to assist in rating these words in relation to how ‘sad’ or ‘happy’ they appeared, using a 9 point scale emoji, with 1 being a frowning, sad face and 10 being a beaming, smiling face. These ratings enabled them to collect 5 million individualised human scores, which were then averaged out. The results when looking at English, for example, gave “laughter” 8.50 as the average rating, 7.44 for "food”, "greed" came out at 3.06 and 1.30 for "terrorist".

Through the use of these averages, the team used Google to determine how frequently these words were used online. In the publishing of the results in the Proceedings of the National Academy of Sciences, the group reported that websites in the Spanish language had the greatest average 'word happiness', with Chinese books showing the lowest. But overall from the 24 sources of the words which they studied, every one of them, whatever the language, averaged above 5. This was considered the neutral score on the scale of sad-happy words. Peter Dodds did state that in all sources positive words were used far more frequently than negative words.

It seems that on a positive note at least, however dreary our language may sometimes appear to others, that overall there is a human tendency to be positive in the language we use, whether consciously or unconsciously. It would be rather interesting to find out if someone who is normally a little sombre in the way they use their native language become transformed if they could learn to speak in Spanish! Maybe this sort of change would make the world a happier place. Another speculative thought would be if the 400 million speakers of Spanish across 21 different countries all of a sudden wanted to transfer to be speakers of another language, would the world then become a sadder place?

Alexander Zeller is a project manager and translator working with The Migration Translators in Australia, providing legal, medical, business, marketing, technical and website translation services in over 130 Languages. By blending the best of both offline and online translation services, we at The Migration Translators deliver experiences that surprise and delight – on budget, on time, on scope.