8 Constructions You Should Avoid in English Writing 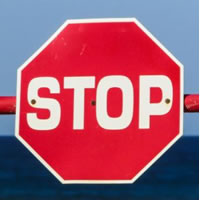 Despite a good writer does have to be talented, a talent alone is not enough. Writing has to be not only interesting but also well-done. Otherwise, editors will decline it, no matter how original your text looks.

Grammar skills can be improved. If you learn some important writing guidelines and find out what are the most crucial writing mistakes, you will be able to write better.

Let's take a look at these 8 constructions that editors greatly disapprove of.

The first sentence is unacceptable. If you want to underline the actor (who has performed the action), you use active voice.

You can use passive voice if the message you want to bring through is the fact that the report is ready, regardless of whose deed it is: “The report was prepared”.

These constructions make sentences less strong and clear. They make the reader feel like you have simply added some words just for the sake of it. Just compare these two examples:

The second sentence is clear and to the point, while the first one looks too wordy and overly complicated without any reason.

Try and keep your sentences simple and avoid complicating them without necessity.

3. “Whether” instead of “whether or not”

Use “whether” only in alternative constructions. So, it should be followed by two alternatives. However, some writers forget that and write unfinished sentences. Just compare these two examples:

The second one shows the correct use of this construction. If you only want to state one alternative in a sentence, use “if”: “You should decide if you want to work overtime.”

4. Incorrect use of “different”

When using this word, remember to specify the nature of the difference, if it is not evident.

Some writers use the word “quality” to describe things (for example, “It is a quality car”). However, they forget one important thing: the quality can be good and bad. If they don't specify it, it may confuse readers and ruin the impression they want to make.

Always specify that when writing about quality. “It is a high-quality car” would be a correct example of such sentence.

Writers often use comparisons along with different metaphors to make text appear more interesting. However, sometimes they forget that even one missing word can make a comparison ridiculous.

For example: Japanese cars normally use less gas than Americans.

That's the thing with comparisons: you have to be sure you compare things that can be compared. Though it seems easy to do, sometimes writers forget about simple words while writing and that can cause troubles.

A well-written piece has to be clear and simple enough for all the possible readers to understand it. This doesn't mean you need to shorten all sentences as much as possible. But you need to avoid too complex constructions, which make your sentences too wordy.

One of the best examples of such constructions is “It is… that”:

“It was the storm that made his ship sink.”

First, it is another passive construction, and you should avoid using it. Second, the sentence is overly complex. Unless your goal was “It was the storm that caused the ship to sink”, and not some other reason, a good way to rephrase it is:

“The storm sank his ship.”

Try to improve such sentences by replacing these constructions with more direct and powerful words (verbs or nouns).

For some unknown reason, writers make this particular mistake often. Though writers know this construction very well and use commonly, it sounds like “I couldn't care less,” not “I could.” That's why if you want to use this utterance, use it right.

However, I wouldn't recommend using it at all. Yes, this phrase is common, but it's considered a cliché these days, and a good writer tries to avoid clichés as much as possible. You should be careful while using common expressions: after all, you probably want your writing to seem original and good, not full of phrases that everyone uses. The only correct way to use clichés is when they fit a certain character's style and speech.

If you avoid using these 8 constructions, you'll be able to improve your writing greatly. However, do not forget that a good writer learns all the time and don't hesitate to improve your writing draft till it will be perfect, and then proofread it a few times more! There are many other tips that can help you to become a better writer, so keep learning and using them!

Christine Allen is young writer and blogger. She believes that you can get everything that you want. You just need to be sure in what you really want and be patient. You can follow her on Facebook or Twitter.