History of 6 Most Popular English Idioms 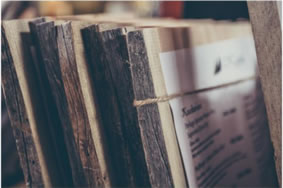 While technical proficiency with the vocabulary and grammar of a language is an important milestone, for true fluency, you need to be able to understand the language's idioms.

But even if you grew up speaking English, some of the idioms you're familiar with might seem a bit odd. Why is quitting something all at once called going “cold turkey?” What is “haywire,” and what does it have to do with things going wrong?

Read on for the meanings and histories of six of the most popular idioms in English.

History: First used in print by Ogden Nash in 1936, the connection between the idea of cake and the simplicity of a task originated in the 1870s, when cakes often served as prizes for winning a competition. In particular, there was a tradition in slave-holding areas of the American most South of holding “cake walks,” where slaves would process in a circle around a cake and those deemed “graceful” would be awarded the cake as a prize.

Meaning: It's incomprehensible; it may as well be a language I don't understand

History: Commonly believed to have been coined by William Shakespeare in his play Julius Caesar. But the phrase was also used in an earlier work by fellow Elizabethan playwright Thomas Dekker and predates both men.

The origin is a proverb in Medieval Latin. Medieval scribes — familiar with Latin, but not Greek — would often write a Latin phrase meaning “It is Greek; it cannot be read”, as a note in texts containing passages in Greek.

Interestingly, “It's all Greek to me” has equivalent expressions in a number of languages, some of which use a more or less direct translation, while others use Chinese or another difficult language in place of Greek.

Meaning: Suddenly and completely quitting something, especially a habit or addictive substance

History: The first use of “cold turkey” in reference to drug addiction was in 1921 in the Canadian newspaper The Daily Colonist, which described patients submitting themselves to a particular doctor for help with their drug addiction and being given “the ‘cold turkey' treatment.”

According to the Historical Dictionary of American Slang, the earliest usage was in 1910, when a speaker described losing $5,000 “cold turkey,” meaning that he lost it outright.

The expression itself is likely derived from an older expression from the 1800s, “talking cold turkey”, which at that time meant speaking plainly and truthfully — a meaning which survives in the modern idiom “talking turkey.”

History: The origin of this expression is unclear, but the earliest recorded variation was in Richard Brome's 1653 comedy The City Wit or The Woman Wears the Breeches, which referred to a storm with the line “It shall rain… Dogs and Polecats”. Polecats are similar to weasels, but the similar sound of the phrase leads many to believe that the expressions are related.

The first time the current version appears in print is in Jonathan Swift's 1738 book A Complete Collection of Polite and Ingenious Conversation. However, one of Swift's earlier poems, written in 1710, refers to heavy rains washing the bodies of dead cats and dogs (among other things) through the streets of London — which may give a hint to the expression's origin.

History: Haywire was a light, metal wire used for tying up bales of hay. In the early 20th century, companies that used similar wire to patch up faulty equipment began to be called “haywire outfits.” The earliest such use is from a 1905 US Forestry Bureau Bulletin, which used the term to describe “loggers with poor logging equipment.”

The current usage was first recorded in the 1920s, and while it may have derived from the aforementioned “haywire outfits,” it's more likely due to the tendency of loose hay-wire to bundle itself into unmanageable twists and coils.

History: The earliest explicit definition of the phrase by its modern meaning was in the 1785 Dictionary of the Vulgar Tongue. However, the usage itself occurs at least as early as ten years before that, and even at the time was cause for confusion.

A popular theory for the origin of this idiom is that suicides would stand on a bucket prior to hanging themselves, but there's little to no evidence of such a practice predating the use of the expression. It's more commonly believed now that the true origin is a different kind of “bucket”; in 16th century England (and in some parts of England even today) ”bucket” can also refer to a beam or yoke used to hang or carry things. Such “buckets” were used by butchers to hang animals up by their feet for slaughter — so “kicking the bucket” may have originally referred to the struggles or spasms of the animals as they died.

So there you have it: six of the most popular idioms in English. And that — to use another one — is just a drop in the bucket. If you're curious about the meanings and origins of other common expressions, there's a wealth of fascinating information to be found on the sites linked in this article.

Diana Beyer is an experienced and amazing media expert with an endless passion for writing. She keeps discovering new ways for personal and professional growth. Diana constantly writes for Bestessay.Education. Contact her @Diana_Beyer_