There have been a number of articles recently about how the meaning behind ancient cave paintings has been discovered. For example, The article in The Guardian has the headline “Amateur archaeologist uncovers ice age ‘writing’ system” with the subheading “‘Lunar calendar’ found in caves may predate equivalent record-keeping systems by at least 10,000 years”. 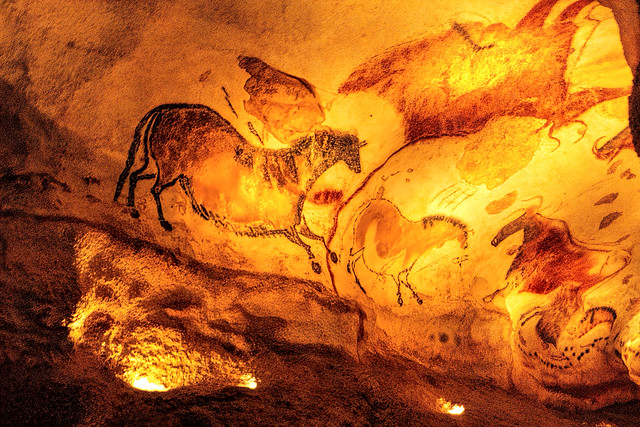 The amateur archaeologist in question is Ben Bacon, and he worked with academics from Durham University and University College London. The cave paintings have been found in France and Spain, and in other parts of the world, and date from between about 10,000 and 73,000 years ago [source]. They depict various animals, people and other things, and include recurring patterns of dots, lines and other marks. The researchers believe that the marks represent a kind of lunar calendar which shows the birth cycles of the animals. Other information may be encoded in the paintings as well, however this is not yet understood.

This is not a writing system that represents language, as far as we known, but is a form of visual communication.